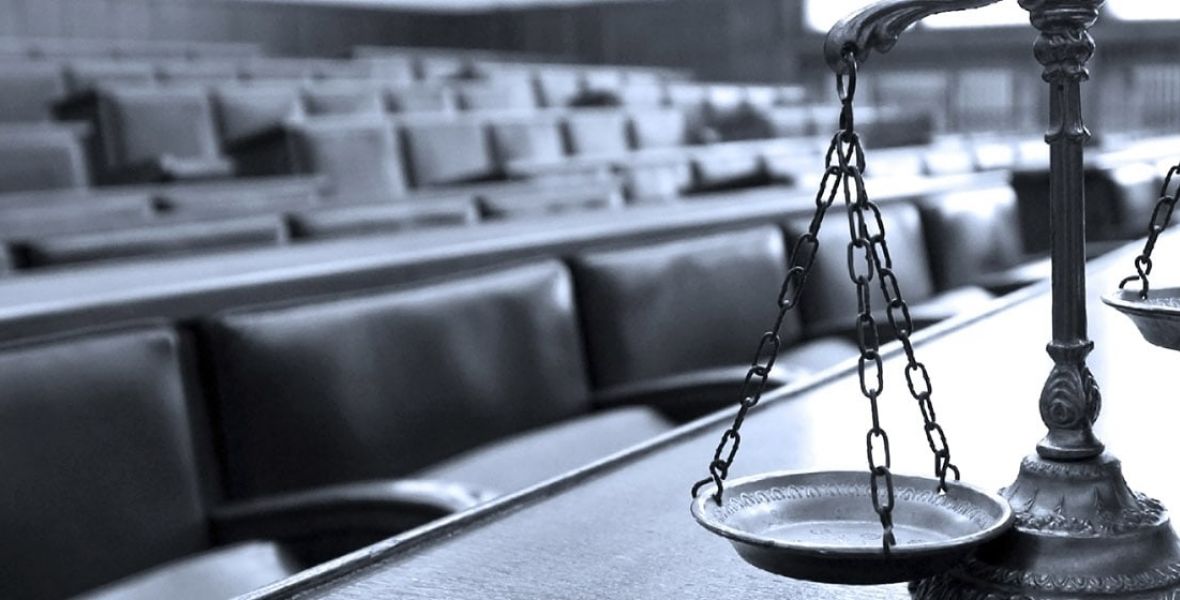 Procedural Justice: Jurors’ Views of the Fairness of the Legal System

Imagine that your football team makes it to the Superbowl, but only because a referee made a bad call in the previous game that determined who would advance to the championship (hint: Superbowl 2019). You might have conflicted feelings: Happiness about your team, but concerns about the ease of breaching the fairness of the whole system. These concerns are the subject of an area of research on procedural justice that has implications for the courtroom. The fairness of procedures, referred to as “procedural justice,” impacts participants’ and observers’ acceptability of an outcome more than the fairness or favorability of that outcome, referred to as “distributive justice.”

The courtroom is one of the few places in the criminal justice system where lay people wield power.  Jurors make decisions about guilt, liability, damages, and, in some cases, punishment. How jurors choose to use that decision-making power, and how they come to perceive the courts and the criminal justice system more generally are shaped by their judgements of procedural justice. But where do their judgments of procedural justice come from?

The View From Voir Dire

Next, imagine that you receive a summons in the mail for jury duty. You show up to the courthouse and are eventually brought into a courtroom. You hear your number called and are instructed to enter the jury box. An attorney approaches. You are asked questions about your demographics.

Some of these questions may seem innocuous or run-of-the-mill to those with experience conducting voir dire, but to your average layperson–to jurors–they can seem ludicrous. You are asked if you have ever designed or invented anything. Or maybe you are asked how you feel about the way insurance companies do prior authorizations. Or you are asked how much control you think you have over your life. Or whether you have been the victim of a crime. Or whether you have ever suffered from mental illness. And so on.

Jurors are constantly assessing the motives behind each question and asking themselves: Why should I have to answer that? Why should the juror next to me have to answer that? Indeed, actual jurors define fair treatment in the context of jury selection as each juror being asked the same types of questions, being treated with respect by high court officials, being listened to, having their privacy protected, and being asked appropriate and relevant questions. If jurors believe the questions asked of them and of other jurors during voir dire are unfair, they may be less forthcoming and more likely to lie. Forcing jurors to answer irrelevant or inappropriate questions can also engender distrust towards the individual posing the question and undermine the procedural justice of the process.

Because jurors’ responses to voir dire questions inform decisions about who to excuse and who to select to serve on a jury, those decisions shape jurors’ perceptions of procedural justice. Despite the ruling in Batson that peremptory challenges cannot be used to remove jurors based on race, racially-motivated peremptory challenges have not disappeared. There is a plethora of race-neutral justifications to justify jurors’ removal which explains why Batson challenges are so rarely successful. But jurors can sense when their removal and the removal of other jurors is based on race, either because of the types of questions asked of them and not of jurors of other races, or if there is a race-related pattern that can describe which jurors are being removed or empaneled. If jurors perceive these decisions as unfair, it can make them less likely to perceive the entire process of voir dire as fair. And, for those who never make it on the jury, that is all they will ever see and that can form the basis for their judgments of the broader criminal justice system.

Jurors who perceive the system as racially biased are more likely to have doubts about the overall fairness of the criminal justice system.  Thus, some jurors are more likely than others to enter the courtroom with certain preconceptions that sensitize them to perceiving procedures as unfair. This is particularly problematic since people who perceive the system as racially biased may be more likely to be excluded from jury service. Jury selection, then, can solidify preconceived notions about the criminal justice system and further polarize racial divides within communities.

Jurors’ verdicts are the result of a chain reaction that begins during voir dire. For most, voir dire is lay people’s entré into their role as jurors and the court system more generally. Attorneys often use this opportunity to alert jurors to case themes or issues to be presented during trial. Jurors, on the other hand, use this opportunity to evaluate the attorneys and the judge—who, as the ultimate authority figure in this process, reflects the integrity of the legal system. The credibility of the attorneys and the judge can be undermined by unfair questioning and decision-making about who to remove or exclude.  This, in turn, can make attorneys’ arguments during trial less persuasive.

Jurors’ perceptions of the procedural justice of voir dire also impact how willing they are to later accept trial outcomes and their retrospective reports of the fairness of trial. If jurors are not satisfied with their verdict because they view the process that led to that decision as unjust, this can come back to haunt attorneys in additional litigation (e.g., if a juror was unjustly removed, this could form the basis of an appeal).

The notion that the fairness of a procedure is more important than the fairness or favorability of an outcome for accepting that outcome is not intuitive, and is easy to disregard when you are focused on winning cases. But there is an abundance of research in other legal domains that speaks to the importance of efforts aimed at increasing procedural justice. In family court, husbands are more willing to pay child support, even when denied custody of their children, if they perceive the hearings as procedurally just. In disputes, people are more likely to accept mediated outcomes if they perceive the mediation session as fair. In the area of civil commitment, people do better in their later therapy if they perceived their commitment hearings as procedurally just. People accused of not paying their taxes are more likely to yield to government authorities if they are treated fairly. And decisions regarding whether to sue former employers because of the circumstances surrounding termination are impacted by the fairness of the termination process.

The success of the legal system depends on the ability to resolve conflicts in ways that people generally accept, and enhancing perceptions of procedural justice is a means to that end. We recommend being more transparent as a way to not just win a case, but to ensure that the outcome is seen as satisfactory, fair and acceptable to appellate judges, trial jurors and the media.

Before asking any voir dire questions, inform jurors that they may be asked questions or hear questions asked of other jurors that seem strange or uncomfortable to answer, but that are necessary to ask so you can better understand their backgrounds, attitudes, and experiences. Preface those questions with a rationale for why you are asking them—for example, because the information is related to features of the case or the parties involved. This type of transparent explanation can both increase the likelihood of compliance and increase perceptions of fairness that will pay off during and after the trial.

Although you will not always have freedom to extensively question jurors or may even be precluded from asking certain questions, make efforts to ensure that the questions you are able to ask are perceived as neutral (i.e., consistently asked to all jurors) and that jurors feel heard and listened to (e.g., by acknowledging responses to more personal or sensitive questions and allowing jurors to respond in full by capitalizing on open-ended questions), that they are treated with respect (e.g., avoid asking inappropriate or invasive questions), and that you acknowledge their status as people and members of society (e.g., by acknowledging that they are entitled to certain rights).

Each of these measures—which can be taken individually or in combination—can also increase the likelihood that jurors who are excused perceive their excusal as just, and that the excusal of other jurors is perceived as just. In turn, those who enter the courtroom with preconceived attitudes of the criminal justice system as unfair can go back into society with a changed perspective.

Procedural justice does not only have immediate effects vis-à-vis outcome acceptance, but also shapes long-term acceptance of those outcomes. Thus, increasing perceptions of procedural justice can result in compliance and trust in the criminal justice system that extends beyond voir dire, and beyond trial.

DOAR’s Roy Futterman discusses jury selection for the Derek Chauvin trial and provides his thoughts on the three jurors seated. Read the article on CBSN Minnesota.

DOAR is proud to support Bet Tzedek’s 2021 Virtual Gala in celebration of Bet Tzedek’s extraordinary community of donors, staff, and dedicated pro bono attorneys and community volunteers. Bet Tzedek is a nationally recognized leader in providing free legal services to those who need them most. The organization assists more than 90,000 individuals and families […]