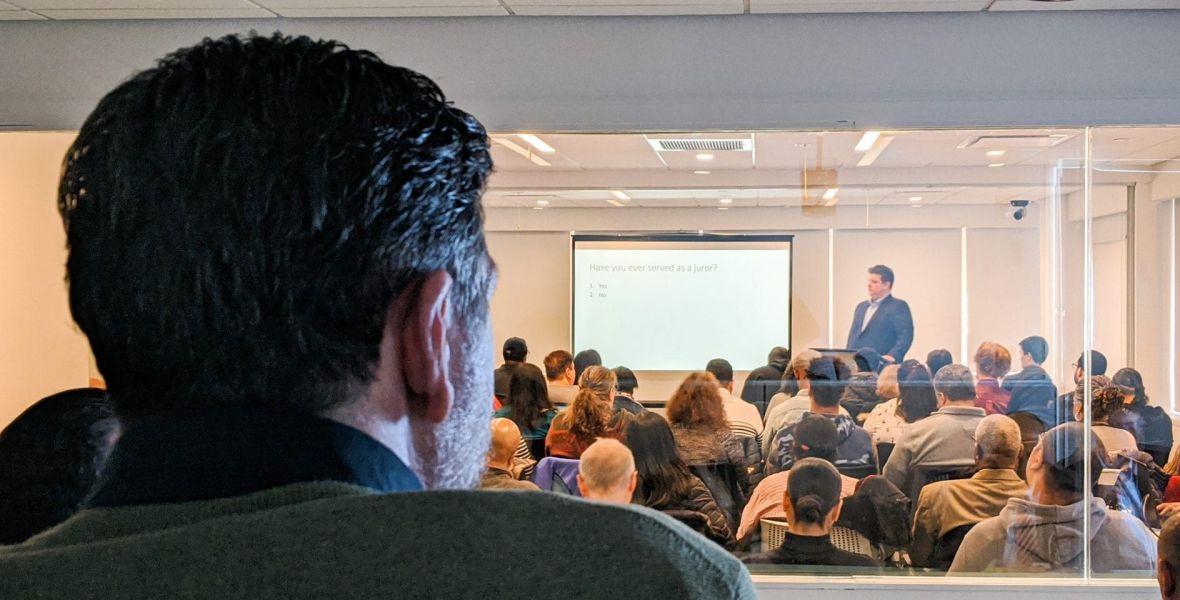 The White-Collar Defense Juror and the “Trump Effect”: An Empirical Analysis

For the last six years, litigators have pondered the question: Have jurors changed in the wake of the Trump era? Our nation underwent cataclysmic shifts in values and ideologies after Trump’s election in 2016 and became polarized on key social and political issues in unprecedented ways. As issues of racial, gender, and economic inequality rose to the forefront of our national consciousness, many wondered how these would affect the judgments that diverse groups of jurors make about white-collar defendants who are typically (though not always) White, male and wealthy. Do the assumptions about favorable defense jurors often held by white-collar defense lawyers continue to apply? Or, were Trump-era jurors simply different from their predecessors? How does political orientation fit into the picture?

In 2018 we reviewed data from pre-trial research activities conducted from 2013 through 2017, to identify demographic and other predictors of verdict voting[1].  Clear patterns emerged to indicate that demographics helped to predict verdict voting.  Men were less likely to convict than women, and White men were the least conviction-prone of all.  College graduates were less likely to convict than non-graduates.  Other characteristics associated with higher acquittal rates included investment experience and following news about corporate executives and financial investigations. These results were not surprising: Those who look most like the typical defendant are likely to be the most sympathetic jurors.

Looking For A Trump Effect

We recently began looking at these data differently In an effort to identify whether there really was any kind of “Trump effect.”  The initial data set spanned both the pre-Trump (2013-2016) and the beginning of the Trump (2017) eras.  We expanded it to include research participants from 2018 through the beginning of 2020, immediately before pandemic-related shutdowns began.  Our final data set included 1426 participants in focus groups and mock trials, representing 33 white-collar criminal cases (primarily involving fraud allegations) across 13 venues.   Our analyses focused on identifying predictors of pro-defense verdict voting – finding the acquitters – and then determining if these predictors remained the same across the 8-year span of the research or changed from the pre-Trump era to the Trump era.

Looking At Jurors Through A Political Lens

Initial analyses considering the research participants as two separate chronological cohorts were marked by a lack of clarity:  The clear, sensible picture of the defense juror revealed in our earlier article was now murkier, at best. Gender and age emerged as predictors of verdict only in the Trump era, while education appeared to make a difference only in the pre-Trump era. The role of ethnicity changed from one era to the other but did so in confusing ways.

The patterns of these changing juror profiles only became clear when we began looking at them through a political lens and considered jurors’ political orientation in our analyses.  In fact, for pre-Trump era jurors, political orientation – whether jurors considered themselves conservative (38%) or liberal (62%) – was the single most reliable predictor of verdict voting.  While our Trump-era sample overall had a 45% acquittal rate, we found that 55% of conservatives were acquitters versus 39% of liberals, a highly significant difference.

After 2016, Conservatives And Liberals Moved In Opposite Directions – But Only Among Some Subgroups

Further analyses sharpened the picture, revealing that this shift did not happen across the board among either conservatives or liberals.  Rather, some demographic subgroups within each of these cohorts evidenced a shift while others did not.

Suddenly, our defense juror for white-collar crime cases started looking very different.  Liberals, and particularly those who are young, male, and/or non-White, emerged as more favorable jurors and older conservatives seem to pose more of a threat to the white-collar defendant.

The Take-Away: What Does This Mean?

The shifts in conservative and liberal voting patterns over time are intriguing, as is the fact that these are concentrated in some demographic cohorts and not at all apparent in others.

We may speculate that the change relates, in part, to changes over time in what it means to define oneself as conservative or liberal.  In an era of polarization, perhaps self-identification as a conservative in the Trump era had less to do with being pro-business – a type of conservatism that is less appreciative of government monitoring corporations and their executives – and more to do with law-and-order and punitiveness toward those who go outside the lines.

It is also illuminating to consider what subgroups did and did not shift their jury voting patterns from the pre-Trump era to the Trump era.  Among conservatives, we saw acquittal rates drop among both men and women, younger and older jurors, and Whites and non-Whites.

When we looked at education, though, we saw acquittal rates dropped dramatically from one era to the next only among conservatives without college degrees.  These jurors may have been the ones who identified as Trump Republicans, those who tapped into the groundswell of anger against others who have it easier or better than they ever expect to themselves.  The anti-intellectual sentiment inspired by Trump may have aroused a particularly strong level of punitiveness in these less educated jurors, who would then turn on defendants who are largely both educated and wealthy.

So with this dramatically shifting landscape, what might the future hold for white-collar defendants and the jurors who determine their fates?  This may depend on how tight a hold Trump retains on the ethos of the Republican party and its conservative adherents.  If the nation remains highly polarized, we may see little change in the patterns described here.  On the other hand, if the Biden administration is able to restore Americans’ (or at least liberal Americans’) faith in government, liberals may begin to shift to a pro-prosecution stance in busines-related cases, trusting that the government is serving the nation’s interests in its prosecutions of corporations and their executives.    Furthermore, if the Biden administration can level the economic playing field or at least reduce the perception that the wealth gap is so great, we may see an increase in acquittal rates among conservatives without a college degree.

Perhaps the clearest, or even the only clear, message in these longitudinal findings is that political climate matters, in ways that are more nuanced and more complex than we might have expected.  Donald Trump ushered in an era in which jurors began to think differently about white-collar cases based on their demographics and their political orientation.   Changes in the White House and Congress in both 2022 and 2024 are likely to alter the political climate and with it, the profiles of most and least favorable jurors for white-collar cases.   Continuing attention to racial and economic inequality will further complicate the picture.

Going forward, it will be vital to include attention to demographic factors including political orientation and even political affiliation in pre-trial research, to identify how these important characteristics will affect perceptions of individual cases and ultimately, the verdict votes of the twelve people seated in the jury box.   We are not the same nation that we were in 2016, and the changes will play out everywhere, including in the courtroom.

January 30, 2023 – New York, New York – 2022 marked a notable year for DOAR, the nation’s leading trial consulting firm, driven largely by its involvement in several high-stakes, prominent white collar criminal defense matters that resulted in victories for DOAR’s clients. The company attributes its success to its commitment to excellence, its longstanding […]

Andy “Bunky” Cepregi is a well-known, respected trial presentation consultant through his 20+ years of work with many of the nation’s top trial lawyers. He has been the lead trial consultant in more than 100 trials, including bench and jury trials, arbitrations, and court-related hearings. He specializes in high-tech presentation strategies, courtroom technology, and the […]

Congratulations to Jie “Jack” Zhao and his lawyers at Quinn Emanuel—William D. Weinreb, Michael T. Packard, Jessica Reese, and Elizabeth Kelly—for their victory in defense of allegations against Zhao of bribery related to Harvard fencing team admissions, reminiscent of the “Varsity Blues” cases. Following a trial before U.S. District Judge George A. O’Toole in District […]