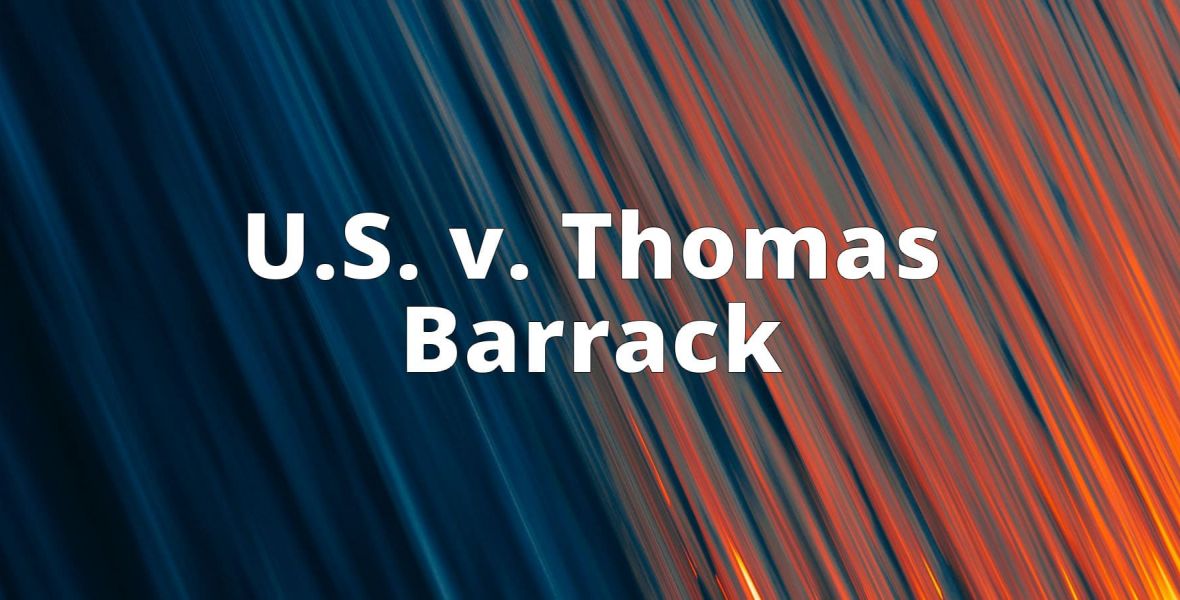 Following a six-week trial before U.S. District Judge Brian Cogan in the Eastern District of New York, the federal jury acquitted Mr. Barrack and his co-defendant, Matthew Grimes, of allegations of acting as unregistered agents of a foreign government (the United Arab Emirates), obstruction of justice, and false statements claims.

DOAR proves time and again that they are the nation’s best trial consultants.

Read more about the verdict on Law360.com.

DOAR Director, Ellen Brickman, Ph.D., is a pioneer in jury consulting, having advised attorneys on hundreds of high-profile criminal and civil cases throughout her 30-year career. She is regarded by top attorneys as one of the nation’s leading jury consultants, especially in the areas of white collar criminal defense and intellectual property, and has also […]

DOAR Director John Hicks is no stranger to working on complex cases across industries and practice areas. As one of the nation’s leading consultants advising top attorneys on international arbitrations and trials, Hicks has expertise working under pressure and in unique environments. Over his 15-year career, Hicks has worked on several hundred cases, including multi-billion-dollar […]